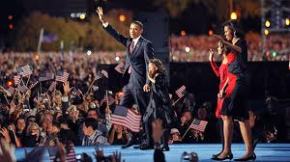 Ohio state and specifically 11 counties were identified as deciding states. Tons of analysis and statistics had shown this info. Obama campaigned and spent a good amount of time in Ohio. The campaign went crazy on Ohio people, and finally the big data proved to be the winning strategy for Obama. Romney followed the pursuit and campaigned heavily in Ohio. Finally Obama wins 50/49 in Ohio. Although Ohio was not the only deciding factor, the big data paid off.

The election sees to focus on technological trend or am I just a geek?