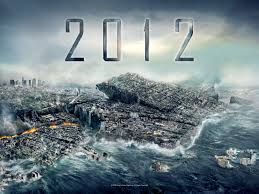 Mayans were right. December 2012 saw a humanity apocalypse around the world. The sandy hook in the CT, the brutal murder of a 23 year old woman in Delhi, and the killing of thousands of civilians from Syria brought the spirits of new year celebrations down almost in many parts of the world. These three incidents pointed out the vulnerabilities in the developed, developing, and the third world countries.

Although, the attention span for these issues is small, and everybody will quickly move on to either cricket or superbowl or our own individual first-world problems, I hope at least the policy makers are learning something from it. Somebody needs to own the responsibility, which can make changes and bring reforms to prevent another incident such as these.

As there is no oil in Syria, both US and NATO may not exhibit interest to protect humanity in Syria. However, US and India ought to make changes to 2nd amendment and major social reforms respectively.

Lot has been said about gun control, and the country has all types of big data analytics on guns, owners, usage, and so on. Nothing justifies yet the ownership of assault rifles to a common man who needs it for self-defense. I am scared to go to the movies and shopping malls these days. You never know which maniac had a bad day and has access to weapons of mass destruction.

What can I say about the brutality of the Delhi rape-murder case. Incidents such as these show the extreme vulnerability and the gaps in the entire system. Educating about human rights and humanity to equipping first responders and law enforcers to train to do their job. Of course one brutal in-human incident is not an indication of how the entire country moves, but it has definitely exposed the gaps and vulnerabilities in the system.

Of course it has not been the best 3 weeks of my life, but certainly has been the low points. One cannot forget this and should not. It is not a killing of one kid, one hungry person in the bakery, or one helpless woman, but it is the way we live like wild animals with no humanity and the way we move on without fixing the gaps. I don’t know what I can do to help the families of the victim or to make this a better place to live. However, if I see something, ill say something, and ill do something. You too please have a courage to help in any way you could…